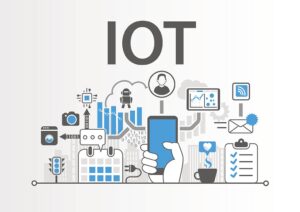 Describe IOT along with its working process and Example

Working of IoT (Internet of Things)

Devices that are having inbuilt sensor get connected to each other at the Internet of Things platform.  Letter on the IOT platform integrates information from several objects and then share the important and desired information with the applications that are designed with the purpose of fulfilling the requirement of the user. The best part of the IoT platform is that they know what information is required and what information is not required. Furthermore, we can also say that they can easily categorize between the useful and to be ignored information. The information is stored in the device is becomes helpful in detecting the pattern and making recommendations for removing the possible problems before the damage the connection or the device.

Feeling ambiguous with the working? Look over the situation/example given below; it will clarify the points to you more easily.

Suppose every day you wake up early at 7:00 a.m. to go for work. Your alarm clock pickles at that time you have set it. Sometimes you get late because it takes a lot of time in reaching the place. In order to avoid the situation, it is important for you to wake up at 6:45 a.m. And if it is raining then you will need to drive slower than your daily speed. If your Alarm clock is IoT-enabled, it will set itself according to the factors so that you got to your work on time. Due to having IoT connection, the alarm clock will automatically recognize that your usual transportation is canceled or the weather conditions or it will also calculate the distance and the travel time you will take to reach the office along with the factors that will slow your speed.

After calculating all the situations, the alarm clock will get set automatically and it will tickle at the time so that you are not late. Furthermore, if your alarm clock is super smart and technological advanced then it will also get synced with the IoT enabled coffee maker morning coffee will also be getting up. This will not only ease the task but also provide time efficiency.

Well, Internet of Things is a great platform through which you can make your life and work simple and great.

Fundamental Components of the IoT System

There are four fundamental components of IoT system that provides the functioning of IoT Platform.

Sensors help in collecting all the data. Connectivity acts as a medium of transport of carrying data from one point to another. Once the information is gathered by the devices and it gets to the cloud, the software performs processing on the acquired data that is data processing. And finally, the collected and required information gets transferred to the end-user through any particular medium. Information can get transferred either in the form of alarm triggering or texts or emails.

Hope the discussed stuff about IoT will be helpful in future for sure. Also, the deep discussion about IoT will engage you to focus on further projects that whenever required without any hassles.